Track and Field athlete Marie Kane '24 has been busy…breaking records! 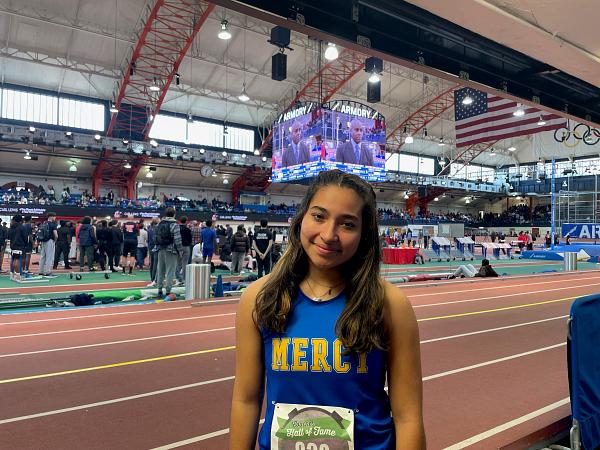 “From about the moment she finished last year’s indoor season, Marie has been focused on pretty much one thing: getting better as both a track athlete and a leader for her team,” says Coach Matt Conyers. “I couldn’t be prouder of all the time and energy she has put into her own development these last 10 months or so.”

Marie explains her process, noting, “I spent my whole summer and fall training for this, and when I saw the times on the board, it meant everything to me--knowing that all my training was paying off.” Her streak continued; just 10 days after setting the record in the 55-meter dash, Marie was making Mercy history once again, breaking the record for the 400 meters in the race at the Armory, with a time of 1:01:09.

Coach Conyers attributes Marie’s success to her determination, hard work and perseverance. “Marie wasn’t happy with her sophomore season, and she made it clear that things were going to change. And they have in so many ways, from her preparation to her commitment to the process. She’s worked very hard to put herself among not only the best in program history, but in the state.” 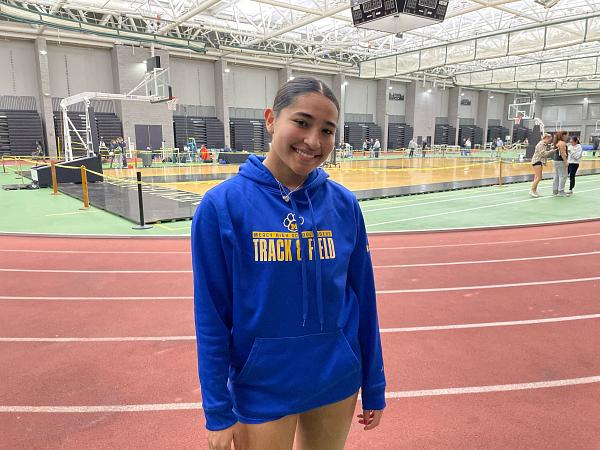 Marie will continue to compete with the support of her teammates and the entire Mercy community. “My favorite part about being on the team is being surrounded by so many supportive girls and being able to see my friends from different grade,” says Marie, before continuing, “and my favorite part about competing is feeling fast and winning.”